An altar call for action on racial justice at CTSA convention 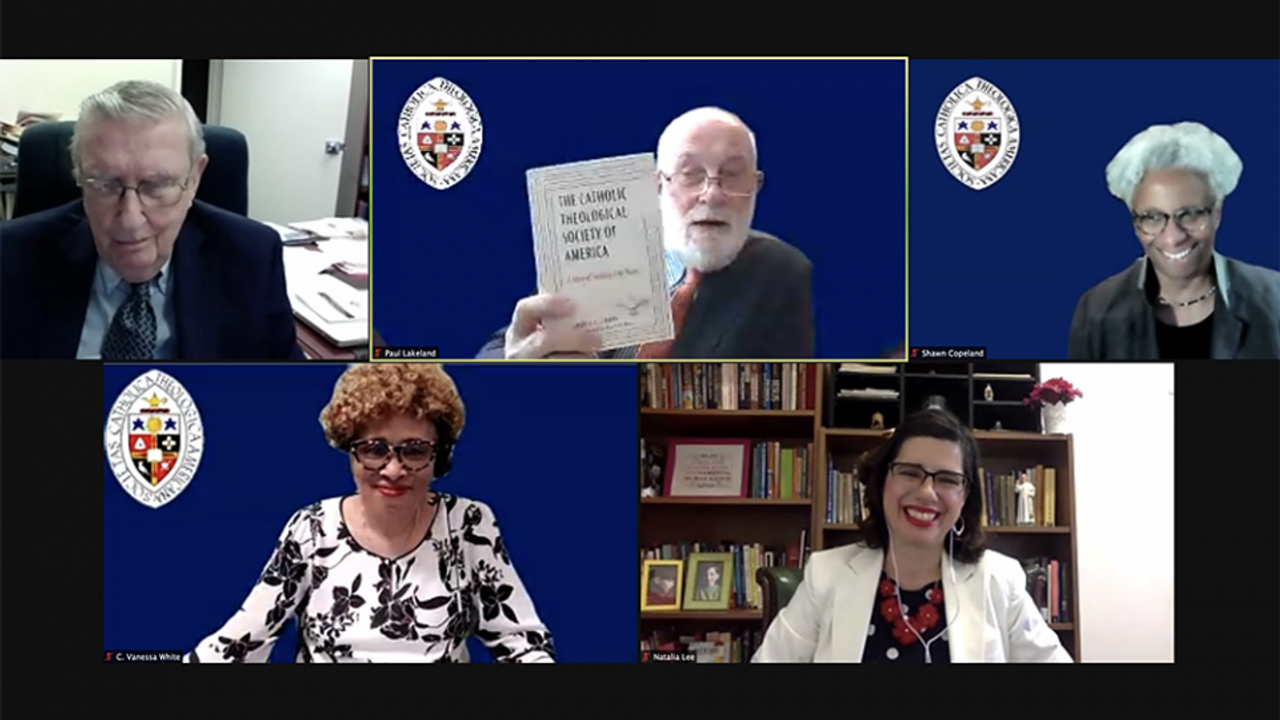 Noting that she was not only dissatisfied but angry with Catholic theology, M. Shawn Copeland put out an "altar call" for action on issues of inclusion and racial justice on the part of fellow theologians at the Catholic Theological Society of America's virtual conference.

"What kind of Catholic theologians are we, if even the mildest forms of advocacy for racial justice are considered optional in following Jesus?" asked Copeland, professor emerita at Boston College.

"As the world's largest professional association of Catholic scholars, have we done enough to grapple with the systemic white racism that permeates our nation, our church, our parishes, our colleges and universities and seminaries? I think not," she said. "We must do something now!"

Copeland was part of a June 11 panel that examined the 75-year history of the association, which met virtually June 10-13.

She noted that after a year that included the coronavirus pandemic, which disproportionately hit communities of color, and the murder of George Floyd and others, the CTSA board of directors released a statement acknowledging the church's "tragic history of complicity in the nation's endemic racism and an inability to recognize that complicity."

"But the statement does not go far enough," Copeland said. "It hurts me deeply to say that the statement repeats what has been argued, implored and pleaded at CTSA conventions annually since the mid-1970s."

The society's history, said fellow panelist Charles Curran, has been one of growth and increasing diversity. When it was founded in 1946, its charter members were all white, male priests. The constitution did not even have to limit membership to clergy, since it was assumed only priests were theologians, he said. 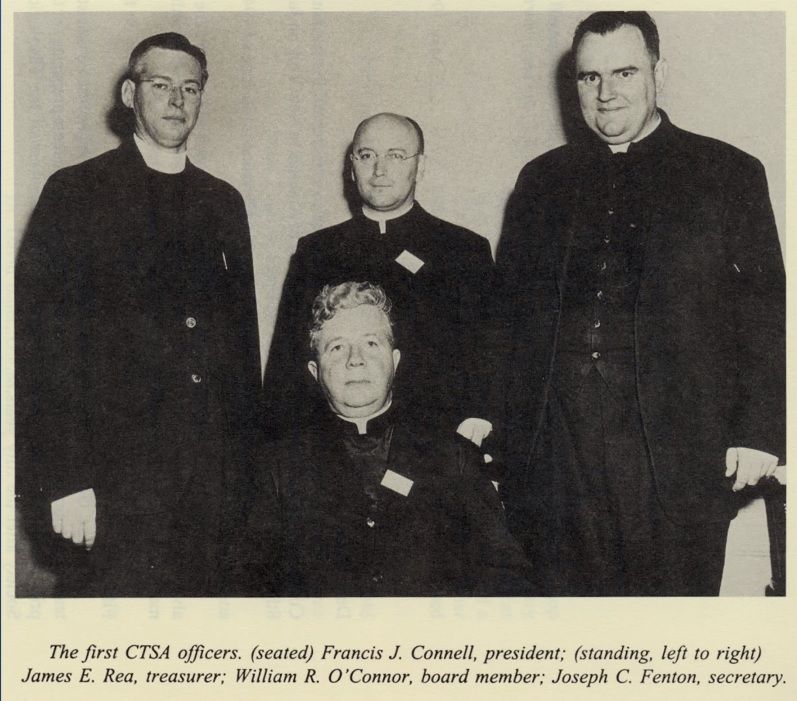 Lay men and women were admitted in the 1960s, and an outreach to improve the presence of underrepresented racial and ethnic groups was begun in the 1990s. In 2005, only 4% of names on the program were from underrepresented groups, Curran said, but by 2016, one third of presentations were from theologians from those groups.

Curran, the author of a book detailing the association's 75-year history, also traced the history of tension between the hierarchical magisterium and the CTSA, including theologians' (including his) dissent on the 1968 papal encyclical Humanae Vitae against artificial birth control and later opposition to a required mandate for theologians from a local bishop, as required by Ex Corde Ecclesiae.

But "the CTSA also worked very hard to have a good relationship with the U.S. bishops," Curran said, noting that the group "affirmed its commitment to the role of the hierarchical magisterium but disagreed with some of its actions."

"Thus, both the CTSA and the U.S. bishops recognized the need to cooperate and work together despite these tensions and differences," said Curran, an ethicist at Southern Methodist University. 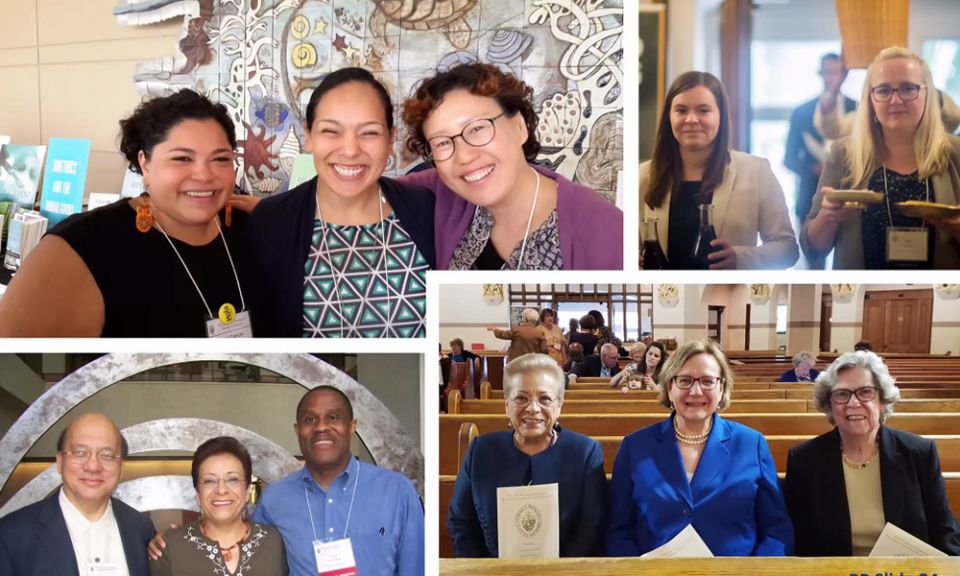 But Natalia Imperatori-Lee, the third panelist, believes tension between ecclesiastical authority — which is predominantly white and all male — and the more diverse academic experts has increased.

"It is only as the CTSA has come to resemble the people of God a bit more (and I say a bit because we have a long way to go in decentering whiteness in this society) that the tension in our relationship with the hierarchy has intensified," said Imperatori-Lee, professor of religious studies at Manhattan College in New York.

Echoing Copeland, Imperatori-Lee also chastised the CTSA for "failing to take seriously" theology done by Black, Latinx and Asian Catholics. She noted that from its inception, the association has included Canadian, but not Mexican, members, although both are part of North America.

"While remaining mainly centrist in its ideological orientation, the society often chooses the path of least resistance, forcing scholars of color to make their own way, relegating them to the sidelines or viewing them as adornments to the 'main' theology — the white European one," she said. 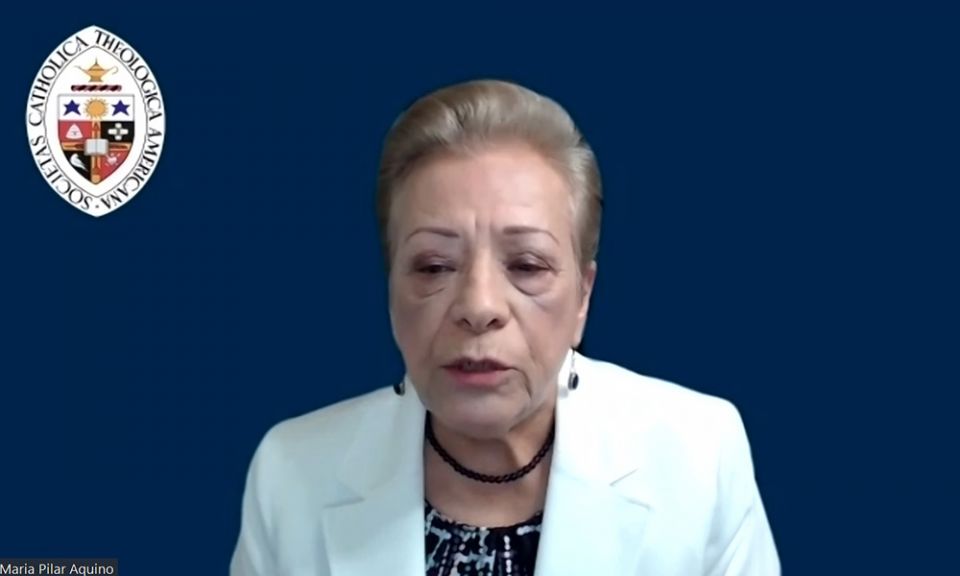 In her closing presidential address, Maria Pilar Aquino, professor emerita at the University of San Diego, argued that if Catholic theologians' scholarship wants to continue being prophetic and meaningful, it must give greater attention to theological approaches striving for "cognitive justice."

She also argued for more inclusion of members from underrepresented groups and cooperation with others who work for justice for the poor and marginalized in the church and the world.