How Social Justice Became a New Religion In America 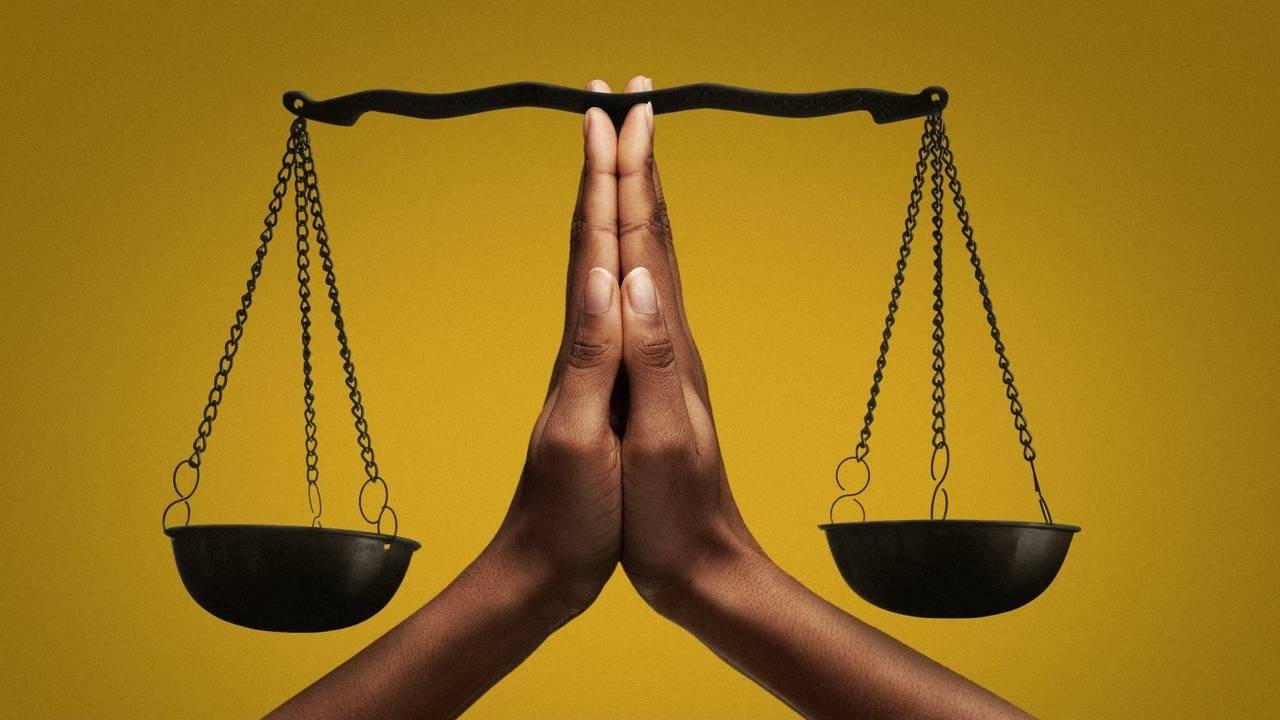 A quick question. If someone is yelling “repent” at you in the street, are they more likely to be (a) a religious preacher or (b) a left-wing activist?

The answer depends on where you are. Last October, a crowd gathered outside Netflix’s offices in Los Angeles to protest the release of Dave Chappelle’s comedy special The Closer, which contained a long riff criticizing transgender activists. Inevitably, there was a counterprotest: a lonely Chappelle fan holding a sign that read we like dave. This went over badly. Someone took the sign from him and ripped it up. Someone else shouted in his face, and their word choice was notable. The man who liked Dave was urged to “repent.”

A similar sentiment surfaced last month, when students protested the decision of University College London to stop paying Stonewall, an LGBTQ charity, to audit the institution’s compliance with laws on diversity. That decision might sound dry and technical, but to the students, it showed the institution’s lack of commitment to LGBTQ rights. They held a sign that read rejoin stonewall or go to hell.

This fire-and-brimstone language might initially seem odd, because society is becoming less religious—in the U.S., church membership dropped below 50 percent for the first time in 2020, down from 70 percent in 1999. In Britain, where I live, the decline of organized religion is “one of the most important trends in postwar history,” according to the British Social Attitudes survey. We might expect that religious concepts—repentance, hellfire, heresy, apostasy—would have become less salient as a result. But that’s not the case. For some activists, politics has usurped the role that religion used to play as a source of meaning and purpose in our lives, and a way to find a community.

In the U.S., the nonreligious are younger and more liberal than the population as a whole. Perhaps, then, it isn’t a coincidence that they are also the group most likely to be involved in high-profile social-justice blowups, particularly the type found on college campuses. They’ve substituted one religion for another. In The Coddling of the American Mind, Jonathan Haidt and Greg Lukianoff suggest that we look at campus protests as outbreaks of “collective effervescence,” a term coined by the sociologist Emile Durkheim to describe emotions that can be accessed only in a crowd. Singing, swaying, and chanting build up a kind of electricity, which ripples through the group. And that’s how a person can end up screaming “repent” at a stranger for the crime of holding a funny sign.

If you’re isolated, reading and sharing political memes and commentary is one way to find like-minded people; meanwhile, social media and dating apps encourage us to label ourselves so that we can be instantly categorized by algorithms and advertisers. Many common social-justice phrases have echoes of a catechism: announcing your pronouns or performing a land acknowledgment shows allegiance to a common belief, reassuring a group that everyone present shares the same values. But treating politics like a religion also makes it more emotionally volatile, more tribal (because differences of opinion become matters of good and evil) and more prone to outbreaks of moralizing and piety. “I was thinking about that Marx quote that religion is the opium of the people,” Elizabeth Oldfield, the former director of the Christian think tank Theos, told me. “I think what we've got now is [that] politics is the amphetamines of the people.”

Oldfield was one of the many commentators, activists, and religious leaders—and, sometimes, people who are all three—whom I recently interviewed for a new BBC documentary, The Church of Social Justice. Some of what I discovered surprised me. I asked Alex Clare-Young, a nonbinary minister in the United Reformed Church, whether their faith or their gender was more surprising to Generation Z acquaintances. “I think probably being religious,” Clare-Young responded. “I know a lot of LGBTQ+ young people who say it’s harder to come out as Christian in an LGBT space than LGBT in a Christian space.”

Politics has now crept into every aspect of our lives. In countries where racial and religious intermarriage have become commonplace, dating across political lines is the new taboo. The young British writer Tomiwa Owolade told me he often saw dating profiles that insisted on “no conservatives.” Victoria Turner, the editor of an anthology titled Young, Woke and Christian, told me that she could happily date someone from another faith, or no faith at all. But a conservative? “Absolutely not. No.” Why not? “Whether your God looks exactly the same as my God, I don’t know,” she told me. “But I do know what the answers are to stop people from suffering and to make the world a more equitable place.”

As politics has usurped religion, it has borrowed its underlying concepts, sometimes putting them into new words. John McWhorter, a linguist and Atlantic contributing writer, recently published a best-selling book reflecting on what he sees as the excesses of America’s racial-justice movement. Its working title was “The Elect,” after the Calvinist idea of a group chosen by God for salvation. (In the end, it was published under the more provocative name Woke Racism.) “The hyper-woke—who were firing people right and left, and shaming people right and left—think that they’re seeing further than most people, that they understand the grand nature of things better than the ordinary person can,” McWhorter told me. “To them, they’re elect.”

He sees other parallels, suggesting that notions such as white privilege and male privilege are versions of original sin—a stain that humans are born with, no matter their individual circumstances. Problematic, he argues, is the new way to say heretic. In his book, McWhorter also identifies a “priestly class” of influential writers and politicians who he believes are dictating the rules of what can and cannot be said.

This phenomenon is not confined to the left, though. At Donald Trump’s rallies, booing members of the press, who were kept in an exposed pen, became part of the ritual. The storming of the Capitol involved hardened militia members and amateur gun nuts, but also dozens of otherwise law-abiding citizens swept up in collective effervescence. There are other religious parallels: QAnon’s lurid myths about blood-drinking elites echo medieval anti-Semitic tropes, and the QAnon rally where adherents awaited the resurrection of John F. Kennedy Jr. had a distinctly millenarian feel. As my colleague Adrienne LaFrance has reported, followers of this conspiracy-theory movement treat the anonymous Q’s online postings as something akin to divine revelations. “I feel God led me to Q,” one QAnon follower told LaFrance.

Because collective effervescence is so powerful, established religions have developed strategies for dealing with enthusiasm that shades into zealotry. “In religious life, or Jewish life, the person you sit next to in synagogue may drive you completely potty, they may be so annoying and have different views, and you must still go to their family’s funeral,” Rabbi Laura Janner-Klausner, of the Bromley Reform synagogue in south London, told me. “You must still take them something when they have just given birth; you must still go to their mourning prayers.”

In real life, churches, mosques, synagogues, and temples force together, in their congregations, a random assortment of people who just happen to live close to them. But today’s social activism is often mediated through the internet, where dissenting voices can easily be excluded. We have taken religion, with its innate possibility for sectarian conflict, and fed it through a polarization machine. No wonder that today’s politics can feel like a wasteland of anguished ranting—and like we are in hell already.