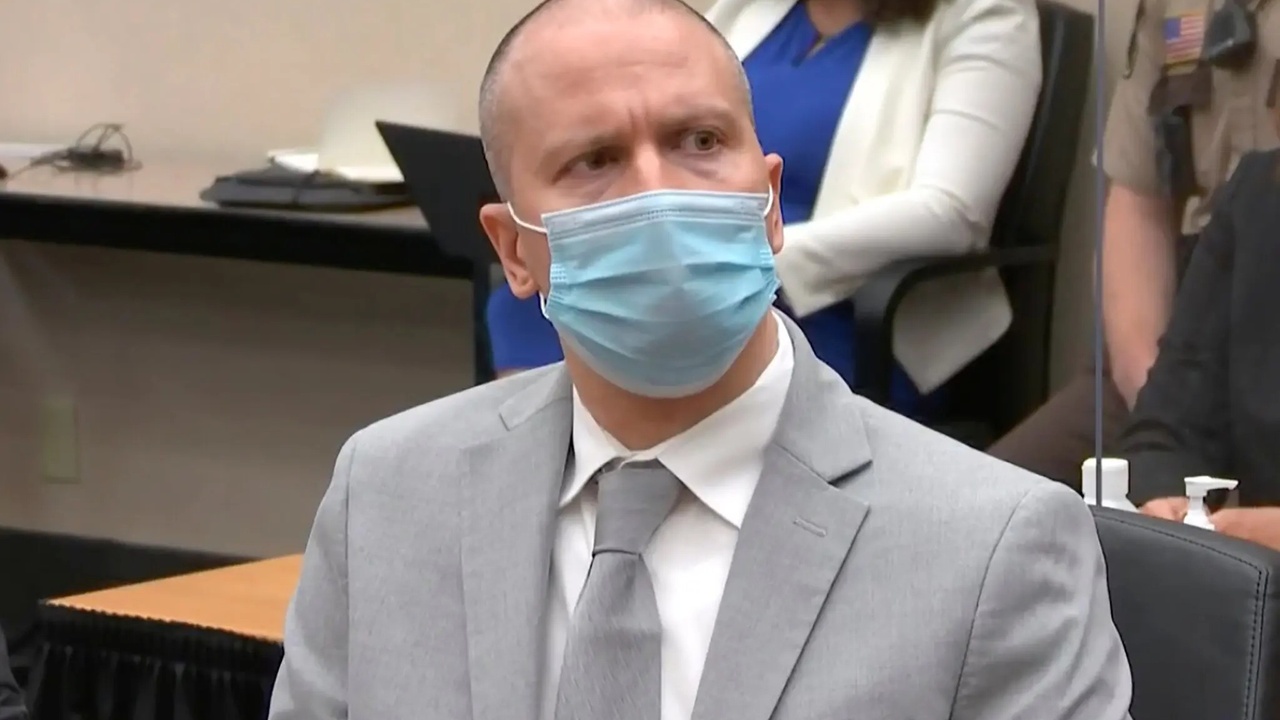 ST. PAUL, Minn — A white Minneapolis police officer whose murder of a Black man outside a convenience store touched off protests around the world was sentenced to 21 years in federal prison on Thursday, in a case that signaled a new readiness to hold police officers criminally accountable for misconduct.

The former officer, Derek Chauvin, 46, was sentenced for using excessive force under color of law against both George Floyd, the man who died in the encounter, and a 14-year-old boy, also Black, who was injured in an unrelated, though similar, incident.

With time already served deducted, Mr. Chauvin’s sentence amounts to 20 years and five months, near the lower end of the range of 20 to 25 years prescribed by the sentencing guidelines. His federal and state sentences are to be served concurrently.

The sentencing marks the likely end of Mr. Chauvin’s legal saga. He was convicted of murdering Mr. Floyd in a dramatic trial in state court last year and sentenced to 22 and a half years in prison, a conviction he has appealed. The sentence on Thursday came in a separate federal civil rights case in which Mr. Chauvin pleaded guilty, severely limiting his right to challenge the sentence.

“I really don’t know why you did what you did, but to put your knee on another person’s neck until they expired is simply wrong, and for that conduct you must be substantially punished,” Judge Paul Magnuson of U.S. District Court in St. Paul said in imposing the sentence. “You absolutely destroyed the lives of three other young officers” who were also involved, the judge added.

Mr. Chauvin’s encounter with Mr. Floyd in May 2020 became a stark example of police brutality and stirred up demands for racial equity in hundreds of cities. During an attempt to arrest Mr. Floyd for passing a counterfeit $20 bill at a convenience store, Mr. Chauvin pinned Mr. Floyd to the street for more than nine minutes, using a knee to press down his neck while Mr. Floyd protested, “I can’t breathe.” The Minneapolis Police Department initially claimed that he had died in a “medical incident.”

In the federal plea agreement, Mr. Chauvin acknowledged using excessive force against Mr. Floyd and, in a similar incident in 2017, a teenager named John Pope, whose mother reported that he had assaulted her. Although Mr. Pope “made no aggressive moves” toward the officers who responded, according to the agreement, Mr. Chauvin hit him repeatedly with a flashlight and pinned him down with a knee for more than 15 minutes.

“I was treated like I was not a human being at the hands of Derek Chauvin,” Mr. Pope said at the sentencing hearing in a St. Paul courtroom on Thursday. “He made a choice and didn’t care about the outcome. By the grace of God I lived to see another day.”

Mr. Pope said he had tried hard to make good grades and had planned to go to college before the encounter with Mr. Chauvin nearly killed him and left him feeling powerless.

Philonise Floyd, Mr. Floyd’s brother, urged the court to give Mr. Chauvin the maximum sentence. “I haven’t had a real night’s sleep because of the nightmares I constantly have hearing my brother beg and plead for his life over and over again,” he said.

Prosecutors also argued for Mr. Chauvin to receive the maximum sentence, in part because he pleaded guilty in two encounters.

“He wasn’t a rookie,” said LeeAnn K. Bell, an assistant U.S. attorney. “He wasn’t a new police officer. He knew what his training was. He admitted before this court that he knew what he was doing was wrong and he did it anyway.”

Mr. Chauvin, who has made scant public comments since his arrest, also addressed the court, though he offered no apology for his actions.

Both he and his lawyer, Eric J. Nelson, sought to portray Mr. Chauvin as a casualty of prevailing political winds. “Your honor, I recognize the difficult and unpleasant job of this case — having to follow legal standards in a charged political environment must be very trying,” Mr. Chauvin said.

He wished Mr. Pope “a good relationship with your mother” and the chance to get “the best education possible to lead a productive and fulfilling life.” To Mr. Floyd’s children, he said, “I wish them all the best in their life and that they have excellent guidance in becoming great adults.”

Carolyn Pawlenty, Mr. Chauvin’s mother, spoke on her son’s behalf, just as she did at his sentencing in the state trial. She cited his 20 years of service to the Minneapolis Police Department and said that many of its members had “failed to back their own,” an apparent reference to condemnation of her son’s actions and testimony against him by fellow officers.

She said her son had received thousands of cards expressing support, enough to fill a room of her house.

The plea agreement suggested that Mr. Chauvin’s federal sentence be about the same length as the state sentence, 20 to 25 years, giving him the opportunity to do his time in a federal prison where he would be less likely to encounter people he had helped convict when he was an officer.

Three other officers participated in the fatal arrest of Mr. Floyd: two rookies, J. Alexander Kueng and Thomas Lane, and a more experienced officer, Tou Thao, who, along with Mr. Chauvin, arrived on the scene to provide backup. Bystander video of the encounter went viral and all four officers were swiftly fired.

They also faced federal civil rights charges in addition to state murder charges, a move that Mark Osler, a former federal prosecutor and law professor at the University of St. Thomas in the Twin Cities, said was more than a practical safeguard against acquittals or successful appeals in state court.

“It was the federal government making a statement about this case being important nationally,” he said. “And it also was a conviction on something beyond what we saw in the state — it was about the deprivation of civil rights, not just the killing of George Floyd.”

Attorney General Keith Ellison of Minnesota, the prosecutor on the state charges, said it was appropriate that Mr. Chauvin also faced federal civil rights charges. “Federal prosecutors took this case because it was not a typical crime: It was an intentional deprivation of life and liberty that is criminal under federal law,” he said in a statement.

While Mr. Chauvin faced state charges first, his three colleagues were convicted on federal civil rights charges in February, before their state trial. Federal prosecutors have asked for a sentence of about five to six years for Mr. Lane, the only officer who questioned the prolonged restraint of Mr. Floyd, and a “substantially higher” sentence, though not as high as Mr. Chauvin’s, for the other two officers.

Mr. Chauvin has been held in state prison in Minnesota since his murder conviction, largely confined to administrative segregation. “I do express empathy to you, Mr. Chauvin, for the conditions you have been confined to since your arrest,” Judge Magnuson said. He said Mr. Chauvin would be on supervised release for five years after completing his prison term.