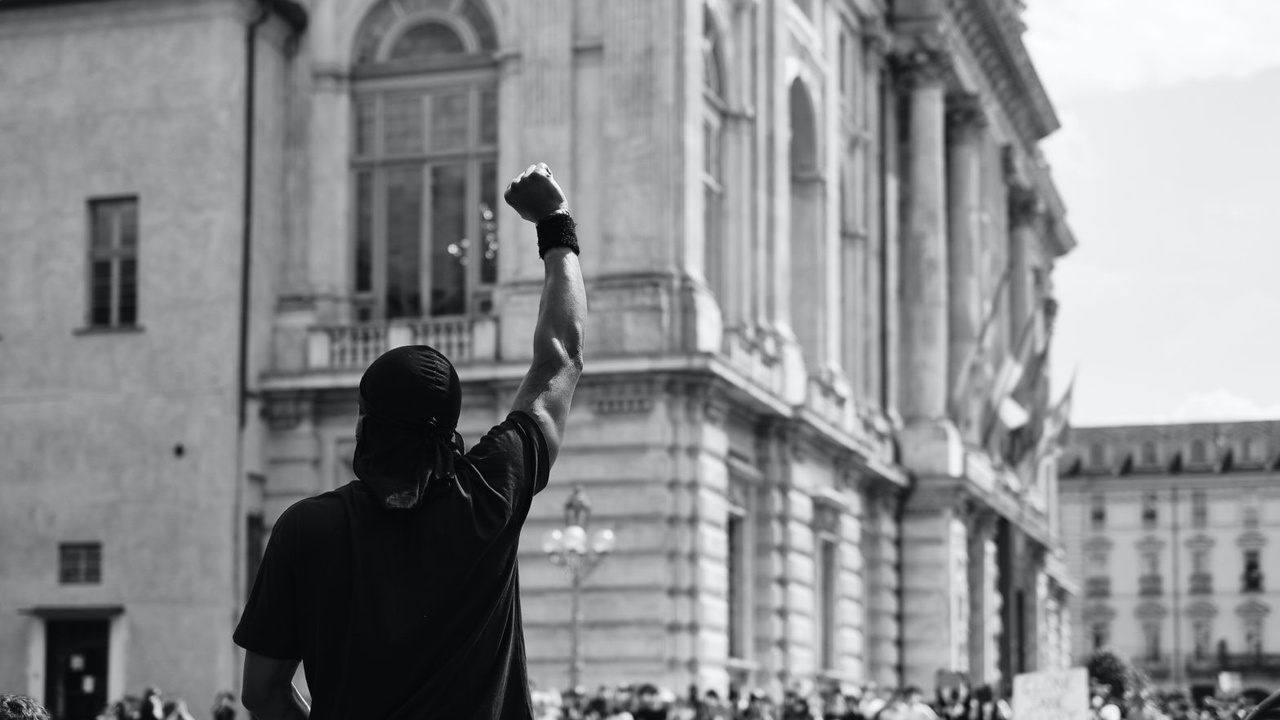 This year’s list further demonstrates the beauty and complexity of African American life. Funded sites include Detroit’s Blue Bird Inn, Home of Mamie Till Mobley and Emmett Till, and the Home and Studio of artist Faith Ringgold. 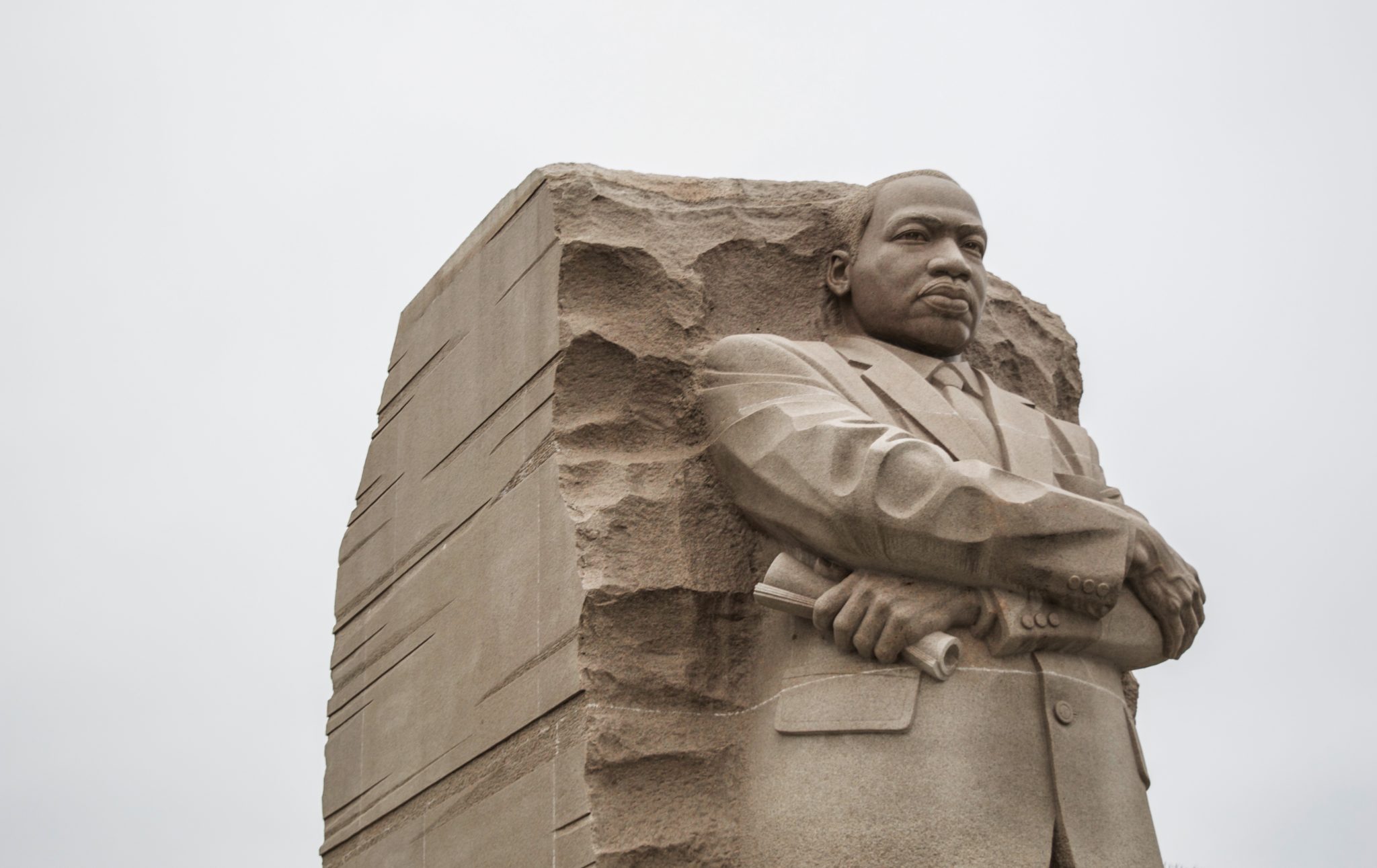 The Action Fund protects these places of historic and cultural value with the hopes that everyone has the opportunity to draw inspiration and wisdom from African American historic places.

On its website, the fund shares that “we must tell stories that reflect our complex and difficult past—and help us shape a better collective future. Though America may be rich in diverse history, our society has often been poor in representing that history and in funding its protection, conservation, and recognition. That’s why we actively invest in and restore cultural assets that hold exceptional cultural value.”

Renowned Harlem Renaissance poet Anne Spencer’s house and the garden were both places of reflection and gathering for African American leaders and creatives, including W.E.B. Du Bois, Martin Luther King, Jr. and Zora Neale Hurston. The museum will create an executive director position to oversee programming and restoration work.

Home of Mamie Till Mobley and Emmett Till
Grantee: Blacks in Green | Chicago, Illinois

In the years leading up to her son Emmett Till’s murder—the catalyst for the Civil Rights Movement—Mamie Till Mobley lived in her mother’s 1895 two-flat in Chicago. A project director position will be created to focus on programming and heritage projects, including restoring the home’s interior to its 1955 configuration when Emmett last lived there.

Nettie Asberry was a music educator, civil rights activist and founder of the first NAACP chapter west of the Rockies. Throughout the span of her life, Asberry led movements that opened doors for Black musicians, educators, and community organizers to thrive. The Tacoma City Association of Colored Women’s Clubs will hire its first executive director to lead the site’s preservation, interpretation, and reuse of educator Nettie Asberry’s home.

A gathering place and venue for the Portland African American community, the 1926 Billy Webb Elks Lodge #1050 will hire an executive director and operations manager to oversee its rehabilitation project and implement the business and preservation plans crucial to the site’s sustainability.

A new initiative created by the City of Chicago will center around community engagement through public workshops and outreach, advancing the preservation efforts of Black historic landmarks citywide. As part of the initiative, a new registry of Black-owned businesses will be developed to encourage neighborhood revitalization.

World-renowned artist Faith Ringgold’s New Jersey home and studio honors the living artist’s contributions and serves as a source of inspiration for future generations of creatives. Increased support for the site’s preservation needs, along with programming will further center the home as a cultural exhibition space celebrating African American art, scholarship, and Ringgold’s artistic legacy.

The sponge harvesting industry of the late 19th and early 20th centuries attracted African Americans to Tarpon Springs and resulted in the creation of the historic Union Academy neighborhood, the oldest African American community in Pinellas County. A cultural resources survey will be conducted that incorporates Union Academy into the historic district and a greater narrative of the city of Tarpon Springs.

Only seven families are left on Daufuskie Island, a sea island in South Carolina within the Gullah Geechee corridor. Gullah history on the island faces threats of development, gentrification pressures, and cultural loss, and little is currently known about Maryfield Cemetery. A community-based initiative using research combined with oral histories will help assess and document the cemetery, create a restoration and maintenance plan, and address issues surrounding descendant access.

Pioneering jazz trumpeter Louis Armstrong, the first African American to host a radio show and receive featured billing in a Hollywood movie, lived in his 1910 Queens home. A conditions assessment report and strategic business plan will allow the house museum to continue to be sustainable and share Armstrong’s life and legacy.

The Michigan Street African American Heritage Corridor is a historic Black neighborhood in Buffalo. Through the commission, four of the corridor’s cultural institutions and sites are collaborating to develop a business plan and feasibility study to create a headquarters, visitors center, and business incubator program.

There are many sacred landmarks in Cleveland that have played an important role in the historic of the African American experience. The Cleveland Restoration Society will conduct a study and create a development plan to establish a fund to support the repair and restoration of historic African American churches across the city.

African Americans are not often associated with the story of the American Southwest, yet the community has played a role in the region’s evolution. The New Mexico Preservation Division will leverage funding to identify and document Jim Crow-era sites across nine cities in New Mexico. Their research will help source new locations for future National Register of Historic Places listings and add to the collective understanding of African American life during this era of American history.

A new statewide program will be developed to protect and preserve Pennsylvania’s African American cemeteries and burial grounds, creating a pilot project offering mini-grants, technical assistance, and a toolkit for the cemeteries’ stewards.

The Medgar & Myrlie Evers Institute will take on an innovative approach to interpretation and public education of the national monument by telling the full history of the Evers family along with the 1963 assassination of civil rights leader Medgar Evers. The project will use creative digital tools and a “healing interpretation” method designed to bolster mental health and racial trauma awareness.

The National Coal Heritage Area Authority will expand its existing program to develop a new, place-based tour and digital program. The heritage tour will advance the research and interpretation of Black coal miners and labor history in southern West Virginia.

An African American music venue, the Turf Club is the last structure representing the vibrancy and history of Springwood Avenue. Located in the heart of the Black community and its once-thriving commercial and entertainment district in Jersey’s Asbury Park shore community, the Club building will be rehabilitated to help save the vacant landmark.

Detroit’s Blue Bird Inn, the birthplace of bebop jazz and haven for the Black community before Motown, was a victim of neighborhood disinvestment. “The Bird” will undergo a rehabilitation of its interior and its mechanical, electrical, and plumbing systems, with the hopes of becoming an archive as well as a gathering space and music venue once more.

Louisville’s Quinn Chapel AME has a long history of civil rights involvement dating from its congregation’s establishment in 1838, when it was known as the “Abolitionist Church” to the present. The building’s electricity, which is critical for the church building’s future rehabilitation and reuse, will be restored.

In 1965, civil rights marchers—including the late Rep. John Lewis—met at the historic 1908 Brown Chapel AME Church before they attempted to cross the Edmund Pettus Bridge and were beaten and attacked by state troopers on the day known as “Bloody Sunday,” which became the catalyst for the Voting Rights Act of 1965. Water and termite damage will be addressed, along with replacement of the tower cupolas’ structural beams.

Constructed in 1908 by architect Leon Dessez, who also designed the Vice President’s residence at the Naval Observatory, the Historic Kappa House is a Georgian-style architectural gem. Owned by the D.C. Alumni Chapter of Kappa Alpha Psi Fraternity, Inc. since 1949, it was the first home purchased by a Black Greek letter organization in the nation’s capital. Rehabilitation of the building’s third and fourth floors will ensure continued use as a community resource.

Noted poet, writer, songwriter and civil rights activist James Weldon Johnson, known for the song “Lift Every Voice and Sing,” sought creative refuge in this small wooden cabin set in a quiet hemlock grove. The cabin’s roof, chimney, and foundation will be stabilized and repaired for future use as a writing study and studio for scholars and authors.

Founded by businessman Charles Banks described by Booker T. Washington as “the most influential Negro businessman in the United States,” the 1904 Mound Bayou Bank served as the symbol of progress, entrepreneurship, and commercial enterprise for the prospering Black community in Jackson. An exterior rehabilitation will secure its future use as a museum and visitors center.

Business pioneers Minerva Coggswell and Jack Taylor lived at and operated businesses in these buildings for over sixty-five years. The 1866-67 Coggswell-Taylor House and Jackson Street Store will be stabilized and rehabilitated, telling the stories of African American pioneers and entrepreneurs who made their homes and lives on Montana’s mining frontier.

In continuous use since its construction in 1871, King Solomon Masonic Lodge #1 was the first African American masonic lodge established in North Carolina. The center of New Bern’s Black community, its interior walls, ceilings, and floors will be repaired, and its mechanical systems replaced.

Of the 120 schools for African American students built in Florida through a partnership between educator Booker T. Washington and philanthropist Julius Rosenwald, only 23 remain. The vacant Okahumpka Rosenwald School, built in 1929 for the children of Black rural farm workers and laborers, will have its foundation stabilized and roof and windows restored.

Once listed in the Green Book as a “must-visit” destination for African Americans in Houston’s Third Ward, the Eldorado Ballroom has a unique history as a retail space and first-class musical venue that welcomed music legends such as Ella Fitzgerald and Ray Charles. This project will repair and restore the site’s ground- and second-floor windows.

Paul R. Williams, the first Black architect in the American Institute of Architects (AIA), was known for his Modernist style and influential work throughout Los Angeles. Designed by Williams in 1926, and later becoming a civil rights sanctuary in the mid-twentieth century, the vacant Second Baptist Church will conduct much-needed structural repairs and replace deteriorated wooden trusses before it can reopen the historic church building.

For more than a century, Tyler Hall has served students at Shaw University—the oldest HBCU in the South—as a library and community hospital. The windows will be repaired and restored, and the HVAC system replaced.

Built-in 1922, Winsborough Hall was the first female residence at Stillman College and the first school for Black women supported by the Presbyterian Church. Throughout the years, the “honors dorm” became a refuge for students during the Civil Rights Movement. The roof will be repaired and the site reused as a senior citizen living space, creating a multigenerational campus experience.

Dr. Robert Walter “Whirlwind” Johnson was a force behind the integration of tennis. A coach to two African American grand slam champions, Althea Gibson and Arthur Ashe, Dr. Johnson disrupted the tennis landscape and made space for generations of Black athletes to train on his backyard courts. Rehabilitation of his home’s foundation, the exterior (including roof), porch, windows, and doors will ensure his legacy remains.

Known for their deliberate interpretation of plantation life from the viewpoint of the enslaved, the Whitney Plantation will revitalize the storefront of its Plantation Store (c. 1890), allowing its Jim Crow-era history to continue to be told.

The Dumas family built two commercial buildings between 1906 and 1913 that contained doctor and dentist offices, a pharmacy, and a soda fountain that acted as a resource and business hub within the Black community. The roof will be repaired and stabilized on both buildings.

The National Buffalo Soldiers’ Museum, located in the 1925 Houston Light Guard Armory building, is home to one of the largest private collections of African American military artifacts. Funding will go towards repairs to the building’s wall, steel base, and exterior brick masonry to better preserve and protect its collection.

Learn more about the Action Fund and the 2022 recipients HERE.