Why many Black employees don't want to return to the office 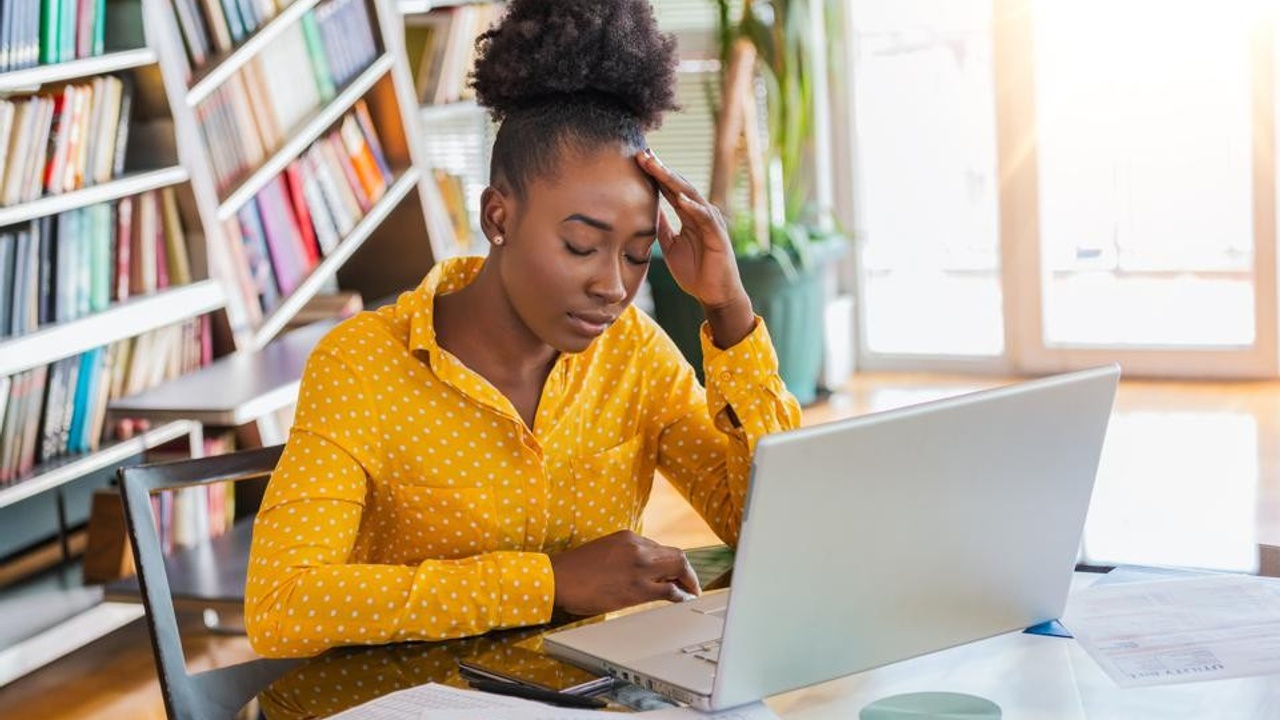 Tennessee mom Ashley Brooks enjoys working in tech support at a Nashville firm, in large part because the job has been remote since the coronavirus pandemic erupted. But with her employer likely to summon employees back to the office in 2022, she is nervous: Like many Black Americans, Brooks finds the thought of returning to work discomfiting.

Indeed, while polls suggest some employees are content to be back at their desks, Black workers told CBS MoneyWatch that being in a predominantly White workplaces often exacts an emotional toll. Working from home offers a measure of inner peace and even helps them do their jobs better, they said.

"It definitely feels more comfortable at home," said Brooks, who was commuting to work before COVID-19 struck last year. "I don't have to worry so much about my hair and the way I dress — you don't have to answer dumb questions about your hair."

Such sentiments are common among people of color, including in corporate America. For decades, Black and Hispanic employees have reported feeling marginalized at work and being relegated to lower-paying roles even when their credentials qualify them for a higher-level position.

Black women, in particular, say a typical workday often requires looking past microaggressions from co-workers, ignoring flippant comments about their natural hairstyles or suppressing emotions lest they be labeled an "angry black woman."

An October survey of more than 10,000 workers from Future Forum, a research group focused on workplace issues, found that 66% of Black respondents want a flexible schedule, compared to 59% of White employees. The survey concluded that Black workers are happier in their jobs, and have a more favorable view of their employer, when working remotely.

"A big part of the experience of race at work is your sense of comfort or belonging," Brian Lowery, a Stanford University social psychologist, said in the published survey. "If you work in an environment where you're in the minority, the office might be less comfortable. But if you can work at home and not feel a sense of being constantly on the outside — if you remove that 'everyday tension' — that can improve your experience."

A Buzzfeed News survey earlier this year also found that Black workers were anxious about returning to the office after spending the past year and a half away from the subtle racism that often pervades office life.

No surprise, then, that Brooks describes working from home as a relief. Most employers and managers "don't understand microaggressions and they don't understand what it's like to have to constantly combat that," she said. "That's a chore and a job in and of itself, and it's really exhausting to have to correct people and consider how the [work] environment is taking a toll on you."

Kristen Fuller, an IT help-desk representative who works in Conroe, Texas, roughly 40 miles north of Houston, also said she prefers working from home. That allows her to avoid group settings where she felt her voice wouldn't be taken seriously by supervisors, said Fuller, who is African-American. She also thinks working remotely played a role in winning a promotion earlier this year because it encouraged her managers to focus solely on her performance.

"Now I don't have to deal with brown-nosing people at the office," added Fuller, a mother of four. "They see that I do my job, and I do it well."

Tina Thomas, a computer network engineer who works from home in Rockland County, New York, said remote work insulates her from being micromanaged. Perhaps more important, it also avoids having to engage in what social scientists have termed racial "code-switching" — when people of color shift their speech, appearance, behavior and other characteristics at work to make non-Black colleagues feel more comfortable.

Harvard University researchers have found that Black employees often view code-switching as necessary for career advancement, but that the effort is psychologically draining.